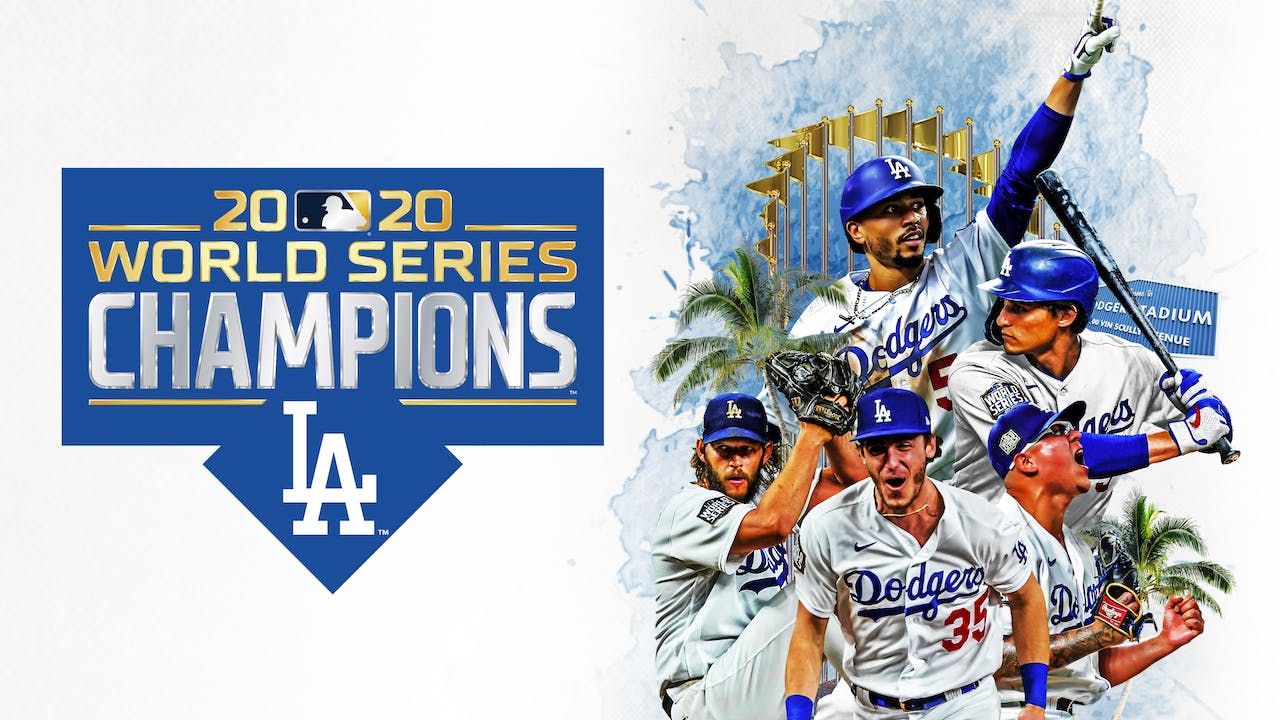 The Los Angeles Dodgers™ are World Series® champions of 2020. On a quest for redemption after losing the World Series in 2017 and 2018, the Dodgers clinched their 2020 title in six games against the Tampa Bay Rays™ during a season – a year – so unique.

The Fall Classic™ pitted the two best teams of a condensed regular season and expanded Postseason™ at a neutral site, the new Globe Life Field™ in Arlington, Texas. The Dodgers and Rays would split the first four games in a back-and-forth affair. Clayton Kershaw and Walker Buehler were stellar for the Dodgers in Games 1 and 3, and the offense loaded up with go-ahead home runs from Cody Bellinger and Justin Turner. After a shocking loss in an all-time great Game 4, the Dodgers still needed two more wins to put to rest the ghosts of recent Postseason disappointments.

The Dodgers jumped to an early lead in Game 5 behind Mookie Betts and Willie Mays World Series MVP Corey Seager. The legendary southpaw Kershaw and a trio of relievers would keep the Rays at bay to set up the clinch in Game 6. The Dodgers would take a late lead this time behind the duo of Betts and Seager again, and a whole new generation of Dodgers fans would celebrate their own heroes and championship, the first for the franchise since 1988 when Kirk Gibson hit an improbable home run.

In five years at the helm, Manager Dave Roberts has now led the Dodgers to five consecutive NL™ West Division titles, three National League™ pennants, and one World Series title, returning the Commissioner’s Trophy™ to the franchise whose first championship was led by the iconic Jackie Robinson.